It’s never easy interacting with a cancer warrior; after all, you have to consider a list of factors before entering into a conversation with them. How is their mood, how are they feeling on that particular day, gauge how they want to be spoken to, keep your own emotions in control… along with many other aspects. I haven’t been on your side so I can’t comment with assurance but it’s what I assume.

On the other hand, I can confidently confirm that no one deliberately speaks rudely to a cancer warrior, however one can express themselves in an unintentionally insensitive or offensive manner.

Therefore, having lived in the cancer universe for almost two years, I can boast of a decent sized list of such comments to share with you. Not because it gives me pleasure to publicly embarrass myself, but because some of these comments are so often repeated, that I had to conclude that many well wishers don’t realize what they are saying is being counterproductive to their objective of motivating or cheering me up.

So without offending my well wishers,

While I found this conversation quite hilarious, my family was deeply offended by what was said and I haven’t met him since.

Well, there is a school of thought that endorses cannabis to cure cancer by citing that many doctors admit it helps recede the disease. Still I suggest not to ask this favor of a warrior. I also suggest you don’t offer them some if you have access to it.

2. We were nice to you because you have cancer:

This wasn’t told to me directly but to my mum. The guy was lucky that mum handled the situation with dignity. If he’d said this to me directly, his tender parts would have received a kick from my foot.

I was deeply offended by his comment and let me assure you that no warrior wants sympathy or pity and we do not need anybody’s fake niceness.

3. How can he/she be getting married/travelling or doing XYZ when she has cancer? 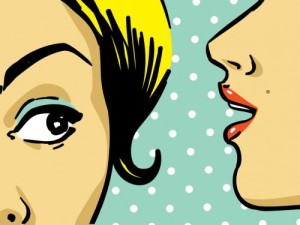 This is another one which angered me very much! I fail to see how people can sit and judge my friends and family’s lives from the outside.

How do they know what conversations have taken place among us to arrive at the said conclusions? Do they know that it was me who insisted that my friend get married or my family member travel in the first place? And why is it anybody’s moral responsibility to put their lives on hold while I fight this disease?

We all come with our Karma and it is mine to see through cancer, I would hate to pause anybody else’s life till I go into remission.

4. There are healthier people dying before you

The most common form of ‘consolation’ I have received from well wishers is with them telling stories of knowing someone perfectly healthy pass away, so I should be happy I am alive.

Let me tell you something- I have cancer so I am sad; you told me about somebody else passing away, that also makes me sad. How am I supposed to see a silver lining in this?

Yes, I see the point that is trying to be made, but all I can say is that there is a lot of difference in dying suddenly and watching the clock tick with the uncertainty that the disease will take you.

Know a warrior who battled cancer and survived? Great tell me all about it. But telling me about someone who didn’t, what goal is that going to achieve and what is the expected reaction from a warrior?

I can’t count the number of times I have had to politely ask my well wishers to stop their story mid way.

6. When will your chemo get over? When are your next round of tests?

Maybe this doesn’t apply to all cancer warriors, but such questions make me uncomfortable. Primarily because I don’t know when I will go into remission. I should have by now and I surely want to. But each time I am investigated and I say “I don’t know” I feel like I have failed an examination and I am letting everyone down.

Having got three back to back bad reports, I don’t feel like telling people when my tests are. Not because I am superstitious, but because they will follow up to know the result and if it isn’t good again, I am going to feel like a failure… again.

7. When will your hair grow back?

We have cancer. We have lost our hair. We are not in remission. How will we know when our hair will grow back? But more importantly, what are you going to do with that information? If you want to make small talk, there are loads of other things to chat about.

They: “How are you feeling?”

They: Oh, you are healthy. yaaayy.

They: “What are you doing?”

They: “Oh! But you said you were fine”

As I had mentioned in my previous blog How to interact with a Cancer Warrior, A warrior has vertical and horizontal days post chemotherapy treatment. On a vertical day, one can still feel on top of the world while having cancer.

But the opposite is a common assumption many make.

9.Sobbing hysterically  “I spoke to my astrologer, he said you are going to die.”

10. Oh! There are various types of treatments available, you’ll be fine. 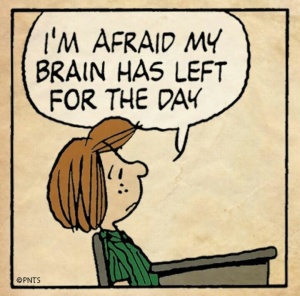 When I tell people I have breast cancer I’ve received responses like “Oh, that’s an easy cancer.”, “There are so many options available for you”or “You’ll be fine in no time”

Really? Then why after almost two years I am still not fine? Also, I’m sorry my cancer is ‘easy’ should I choose a tougher one next time?

I understand that these are well wisher’s way of communicating with warriors in the best way they know. But some statements can sound down right ridiculous… easy cancer?

Well wishers and support people should evaluate what information they share with warriors and when to refrain from speaking. It doesn’t mean that you coddle us, but it surely means that you don’t tell us that we are going to die.

I’ve recently had a mastectomy without reconstruction and I’m prepared for the next series of insensitive comments. You never know, there might even be a Part 2 to this blog. 😉